One of the Société typographique de Neuchâtel’s first projects was a reduced cost edition of
Charles-Joseph Panckoucke’s 30-volume quarto Le Grand Vocabulaire françois (Paris: C. Panckoucke, 1767-1774). The project, which would have tied up the society’s presses for years, never got off the ground, but the STN did get as far as producing a prospectus, which they sent to the Yverdon printer F.-B. De Felice on 16 September 1769 (BPUN STN MS1095, 35). Felice was not impressed, suggesting acerbically in his reply (BPUN STN MS1150,182-183) 5 days later that if he had known that the Neuchâtelois had neither the paper nor type to produce a quality prospectus, he could have lent a hand. The prospectus now appears lost, but judging from the STN’s other 1769 editions, such as the Reflexions d’un Suisse sur cette question…, it is most likely that Felice had a point.

Mark Curran – The Geography and Structure of the Late Eighteenth-Century Book Trade from Cultures of Knowledge on Vimeo.

Paper delivered by Mark Curran at ‘Intellectual Geography: Comparative Studies, 1550-1700’, an international conference held at the University of Oxford on 5-7 September 2011 (history.ox.ac.uk/intellectualgeography/). The conference was an event of ‘Cultures of Knowledge: An Intellectual Geography of the Seventeenth-Century Republic of Letters’ (culturesofknowledge.org), a research project funded by The Andrew W. Mellon Foundation. 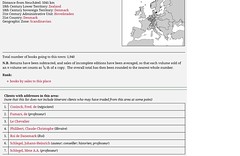 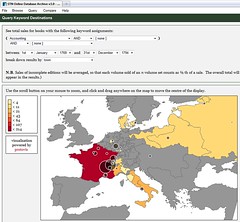